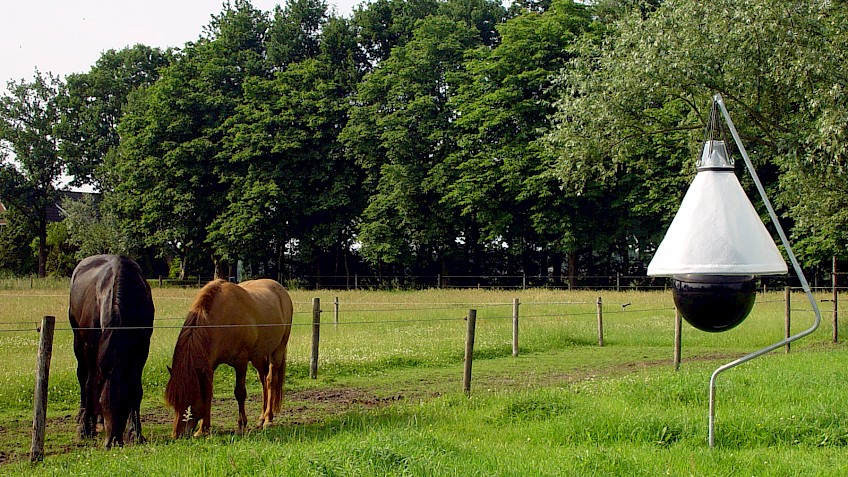 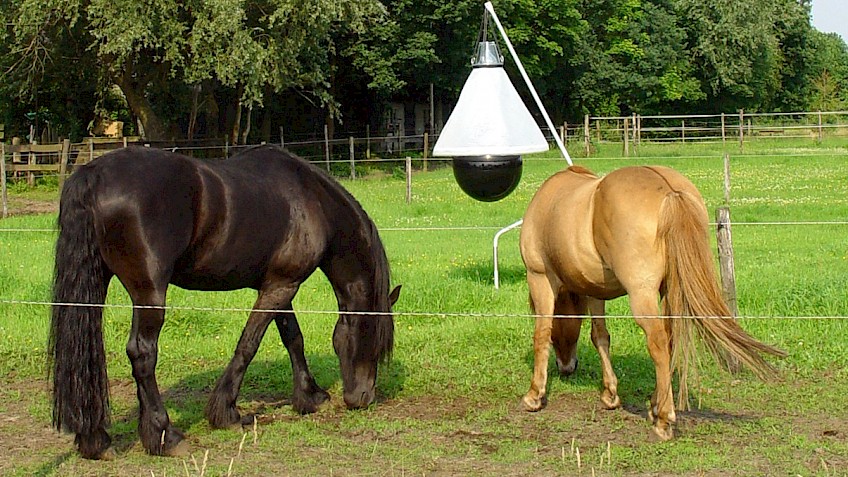 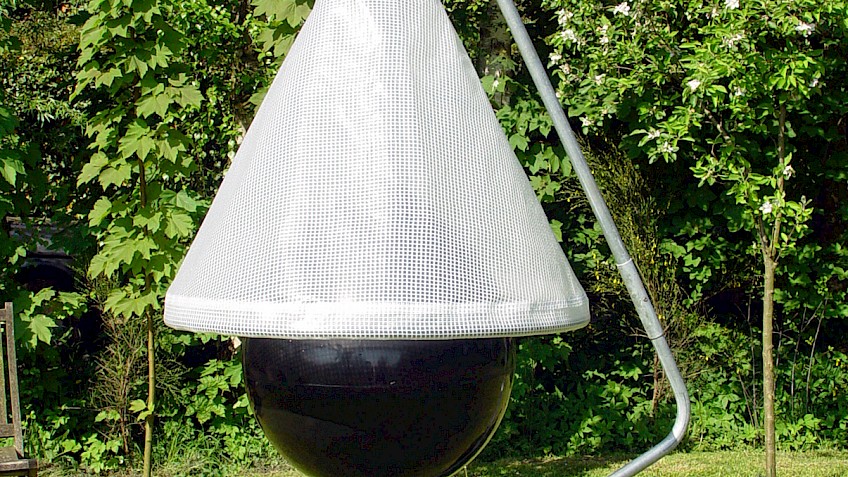 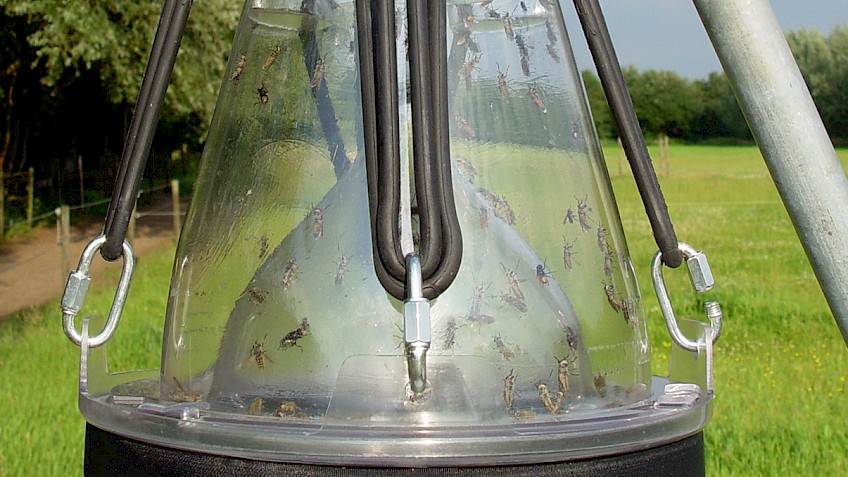 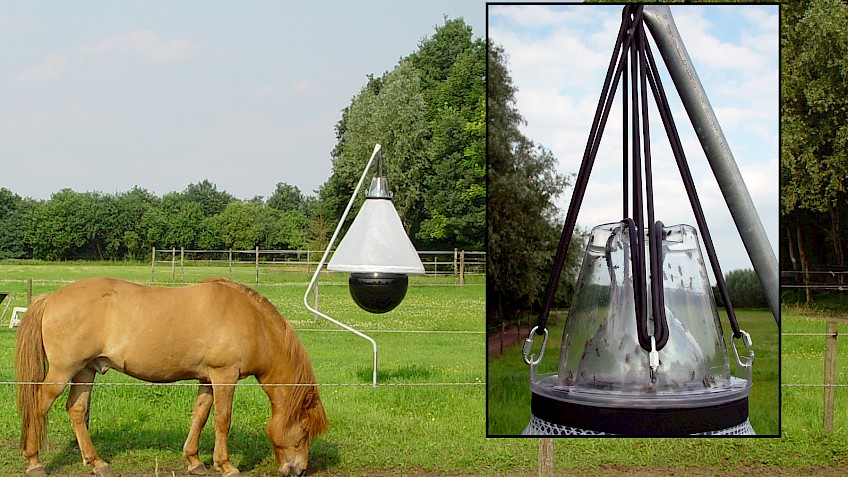 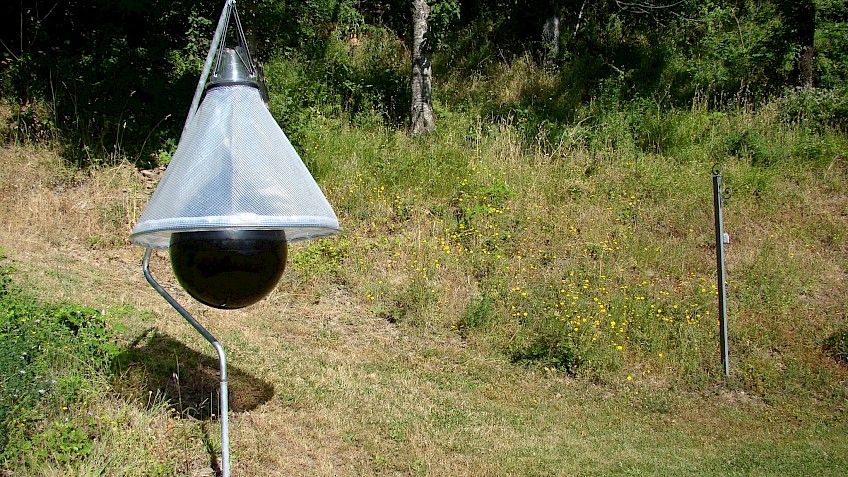 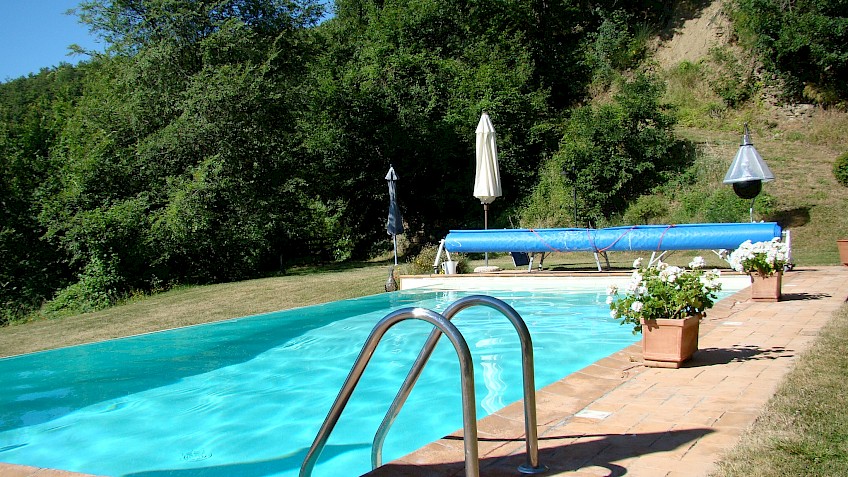 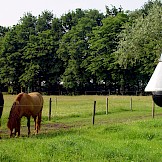 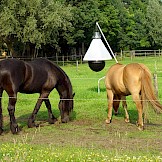 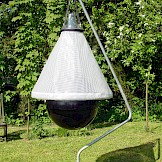 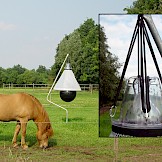 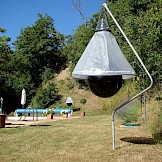 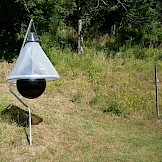 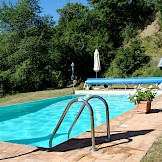 The LOER protects against:

The LOER is a trap which:

WHAT DO HORSEFLIES DO?

How do horseflies live?

Why do horseflies bite?

WHAT DOES THE TRAP DO?

The trap lures the horseflies away from people and animals.

The horsefly "thinks” that

Like a falconer flips fake prey to lure back its predatory bird, horseflies are also fooled this way using the ball as false prey in this case. The horsefly "thinks” it is a horse's butt.

2 What lures the horsefly into the trap?

The LOER horsefly trap is an innovative development of the manning trap principle from the University of Wisconsin.The principle of insects being attracted by a ball is the same. However, the manning trap design was revolutionised.

The sun heats the black ball, and this heat is further increased by the trap's greenhouse effect.

The trap's plastic is composed in such a way that it stores heat. The ball trap can move freely in the wind thanks to its suspension. Female horseflies detect this "moving source of heat” and think that it is a mammal from which they can suck blood.

3 How many horseflies does such a trap catch?

That entirely depends on how many horseflies there are in the area.

The trap concept was improved based on the practical tests. According to users, several hundred horseflies per day are captured with these improved horsefly traps. Some businesses have said that they caught thousands or even more per day.

4 How many traps do I need per hectare?

That depends on how vegetated the area is. If it's an open meadow, then one trap per hectare can significantly decrease a horsefly plague. However, if the area is sub-divided into several sections with green strips or wooden walls, it would be better to place a trap in every section or use the trap together with the horses/cattle.

5 What diseases and infections can horseflies transmit?

In 2006, two students from the HAS Agricultural University in Den Bosch, the Netherlands, Janneke Peelen and Corina van Middelaar, conducted a research project on horseflies. Among other things, this research found that horseflies are not only very annoying but can also have other undesirable effects. Many people and animals have more or less an allergic reaction to the material tabadin, an anti-coagulant that the female horsefly injects into her victim's wound upon biting it. This allergic reaction manifests itself in the form of crust formation, itching, pains or swellings. Furthermore, there is the possibility of transmitting infections via the wound.

The aforementioned effects make no difference in the Netherlands, but you must remember that horseflies can be carriers for many different diseases. Anthrax, tularaemia and equine infectious anaemia (EIA) are the most well-known ones in the EU. If present in sufficiently large numbers, horseflies can ultimately cause anaemia as well. Thanks to climate change, it is still possible for these effects to become more important for the EU in the future.